Velasquez won the Grand Prize at the 1989 Asia Pacific Singing Contest in Hong Kong. In 1994, Polygram Records produced her first Asia wide-released album, Listen Without Prejudice. It is considered as Velasquez’ most successful album to date, selling more than 700,000 copies in Asia alone. The album has sold over 100,000 units in the Philippines, 300,000 units in China and 20,000 in Thailand.

In 2000, Velasquez’s music video “In Love With You”, a duet with Jacky Cheung, landed at the #1 spot in MTV Asia’s Top 20 Asian Videos. On the eve of the new millennium, as part of BBC’s Millennium Special 2000 Today, Velasquez, together with some 2,000 Filipino youth, sang the Philippine millennium theme, “Written in the Sand”. This was broadcast by BBC to 67 countries reaching almost a billion viewers.

Her career has crossed over to television and film, earning her Best Actress awards for her portrayal of a mentally challenged woman in a Maalaala Mo Kaya episode entitled “Lobo”, and for her performance in the movie Of All the Things. Her movie Pangako, Ikaw Lang (I Promise, It’s Only You) earned her Box-Office Queen title. 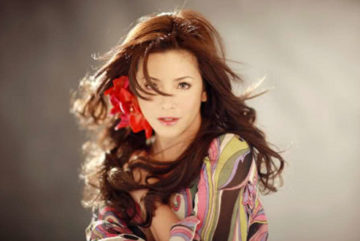 5. Please Be Careful With My Heart