Kristina Paner (born August 1, 1971 in Manila, Philippines) is a Filipina actress and singer. She is also an adoptive sister of Danita Paner, who is also a singer. At a very young age, her parents noticed her interest in music. Her adoptive parents were prominent celebrities as well. Her father Manny Paner was a well known basketball player while her mother Daisy Romualdez was an actress way back in the 1960s. It was her parents who convinced her to try singing at the age of nine and the song “Sana” was popularized by her. She tried acting too at age of 10 when she starred in the movie Sinasamba Kita as the young Lorna Tolentino who played the character role of Nora.

By that time her mother, having seen her acting potential, presented Kristina, then only 12, to Regal Films owner and producer Mother Lily Monteverde. She was soon offered a contract. She became a regular in television shows like Musmos Pa Si Boss, Ora Engkantada, and Wanbol High. She also became a cast of the very popular youth-oriented variety show That’s Entertainment.

In 2003, she transferred residence to Spain where she had a daughter with a Filipino Spaniard.

In 2013, she came back to Manila with her daughter. She has since been active in acting on television series. 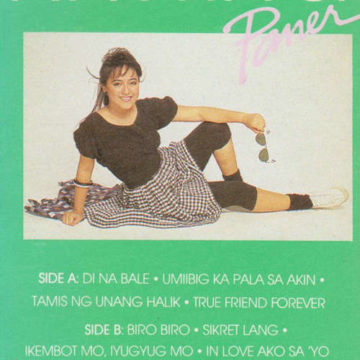