Like many Filipino singers in the 1970s, Basil S. Valdez started on a solo career as a folk singer. In 1972, he joined the Circus Band and soon after it disbanded, he released his first solo album entitled Ngayon at Kailanman. While in the Circus Band, he met Ryan Cayabyab, who was then part of another band. When Valdez was preparing tracks for the album Ngayon at Kailanman, he asked Cayabyab to collaborate with and write a few songs for him, which the composer did. Cayabyab then became Valdez’s musical director for 27 years. In the 80’s, Valdez re-invented himself as a singer of movie theme songs. Among the most memorable were “Paano Ba Ang Mangarap,” “Muling Buksan Ang Puso” and “Paraisong Parisukat.”

A circumstance which sidelined his singing career occurred in 1990, when he found himself as a “healer”. Valdez then sought the guidance of his Jesuit friends. They explained to him that he has gift of healing. 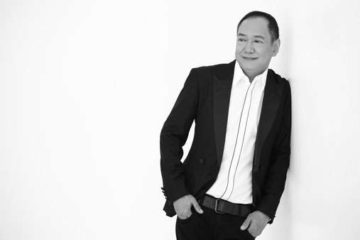